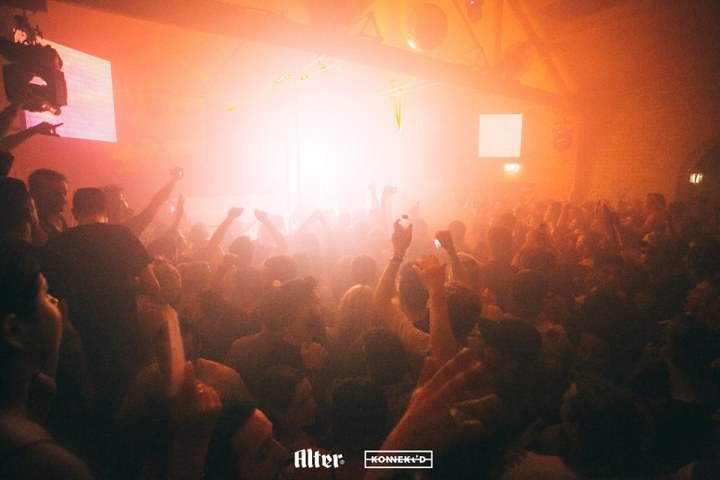 The Konnekt’d crew are a delicate breed of techno beasts who have quickly formed a dedicated community of dance music lovers who come out to cherish their sound after dark in the underground clubs of Melbourne. Each member of the collective has a long history as artists in the city, working on various projects. It was a common love for community that brought them together through their friends and various parties but the idea for Konnekt’d was secured at one of the most sacred places for dance music of all – the couch at kick ons.

New Rhythms sat down with the crew to speak about how it all began, highlights so far and on selling out the venue where their very own friendships were formed.

New Rhythms: So let’s go back to the very beginning. How did it all start?

Joey: It’s started from us kicking on at my old place.

Lee: We were already together — we had been friends for years before we formed our brand.

Joey: We all lived Westside so were homies beforehand. At the kick ons we were mixing tunes and talking shit, then we decided we should throw a renegade stage at Maitreya festival in 2015.

Lee: We were sitting down on Joey’s couch and were thinking of a name that invites everyone to come together for the love of music. So we became Konnekt’d.

New Rhythms: It sounds like the beginning of superheroes coming together!

Joey: So a dude named Hugo Johnson — who’s a G — said we should do a renegade, because he helped with one the year previously at Maitreya. 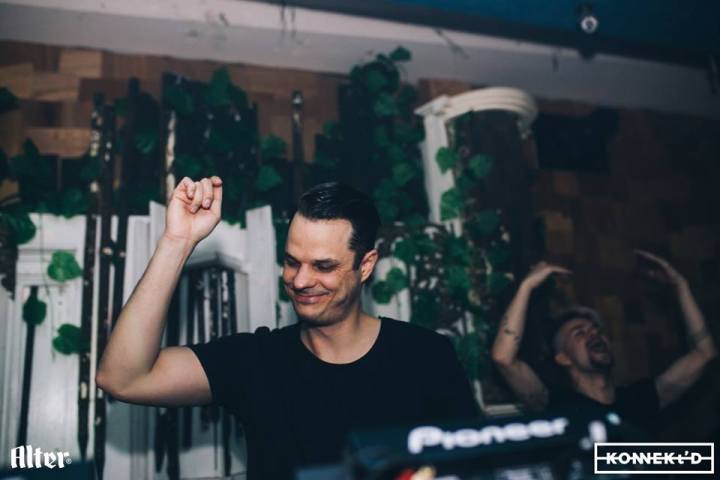 Lee: The year we ran the renegade we chose to turn on the genys (generators) when the music stopped. We didn’t really know what to expect and with a blink of an eye we had like 300 people at our campsite just following the music.

Joey: It was pretty funny. We had this trailer full of shit driving through the campsites, just trying to find a place to set our little gazebo up. It was a pain in the ass but it was somewhat liberating.

Joey: We had no idea what we were doing. We realised we lost a bunch of money, but we had fun. That’s what started it all. We wanted to do something we could call our own — being associated to something, where you feel like you belong is huge. It feels like its your tribe.

We were fortunate enough to be blessed with the right timing. We got asked to curate an eight-hour slot on a stage at earth core 2015 while we were launching and branding ourselves. So we got to launch ourselves with that alongside having Oxia play on the stage for us.

New Rhythms: How did you go curating eight hours worth of artists?

Joey: It wasn’t hard putting on artists for that amount of time as there’s a massive talent pool in Melbourne. It was almost harder to have to put on less artists! We had Julian Castles, Alex Cram, Benjamin Port, Leeroid, Tercat, ACM and Jonathan Teralto. 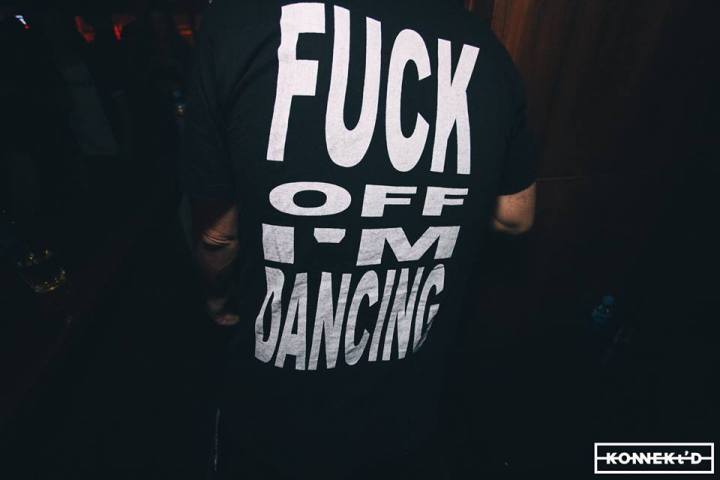 New Rhythms: Did you use it as an opportunity to showcase your vibe and style?

Joey: It ranged from house, tech house to techno. We were still young at the time and finding where our taste sat musically. We originally had this idea about having an open platform for sound. Initially we didn’t want restrictions and it was more just about people coming together as a creative hub. But we’ve ventured down the techno side of things with our parties nowadays.

Lee: Our sound has definitely changed. We used to range from one side of the spectrum to the other from Burning Man-type sets all the way to industrial techno over the years. When we started touring acts we used to bring down a variety of techno from Alberto Ruiz to Matador and Gregor Thresher, although as time went on we focused on acts like Slam, Monoloc, Amelie Lens, Farrago, Eric Cloutier, Rrose, Bart Skills and you can see how the sound and direction has changed within that list.

It’s not that we don’t appreciate the sound, it’s more that we agreed on a direction we wanted to focus on. 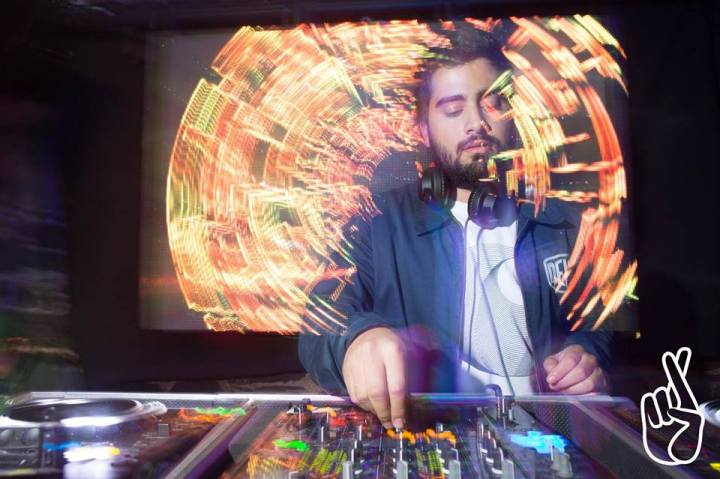 New Rhythms: And that sound has given you great success. You’ve been booking HUGE names, including those who you just mentioned. Artists who you loved and would play in your own sets and now you’ve had the opportunity of booking them.

Lee: Yeah we’ve all grown as artists, DJs and producers. Everyone has built the sound they play and are known for that. It definitely gets to the point where you need to decide where you want to go with your music. You know what parties you want to play at, what you want to vibe and deliver, and how you want people on the dance floor to feel.

The opportunity to book those names came about when we were introduced to Kyle Hand who is a tour agent from Hardware. He was at Earthcore when we first met him. He moved to Hardware and told us he had some good opportunities for us in the years to come.

We decided to run a few parties together and were on a roll. Over time you learn what you missed out on and what you need to improve on but that’s somewhat the fun of the game. We linked up running Monoloc at New Guernica which sold out. We didn’t really sell a heap of tickets before the doors opened. You never really know if people are willing to almost miss out on a party and buy tickets last second.

Joey went to pick him up and when he walked through the door, people came pouring in and before we knew it, there was a line 30 metres long with plenty of people missing out. After that we had a busy year and focused on bigger parties. Heaps of other collectives were trying to bring Slam down at the same time and we just happened to be on top of it before everyone else and asked for them and we locked them in. 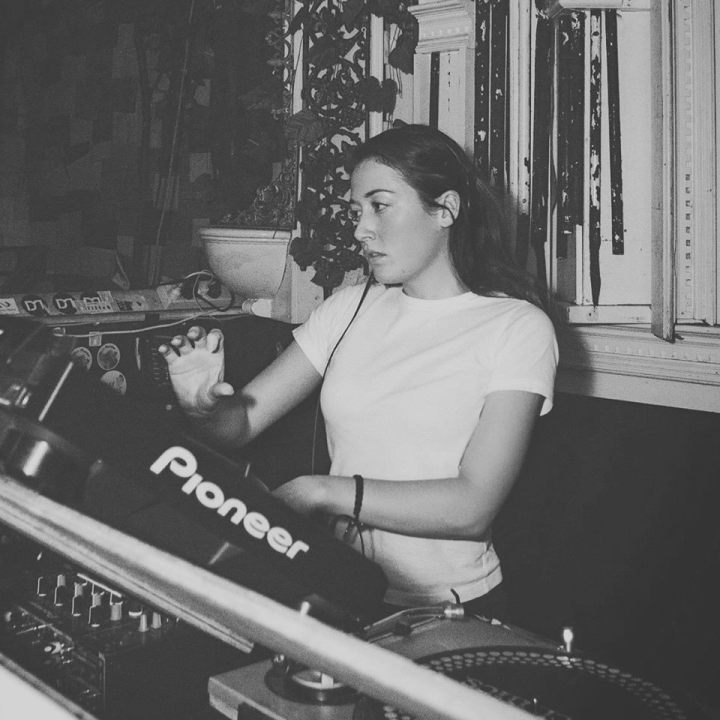 I think that’s the key of this industry. You really have to be 3 steps ahead. When you’re thinking of bringing down an act it’s more likely that other people are too. After we ran Slam, we focused on our biggest party to date: five internationals at one venue with two rooms. We had Amelie Lens, Farrago, Rrose, Bart Skills and Eric Cloutier at the Bottom End.

Joey: Slam was upstairs of Bottom End AKA Francis 28.

Lee: I used to go to the Bottom End when Survivor was there. That was how my friendship with Yanni and Joey formed.

New Rhythms: That’s definitely how a lot of friendships formed.

Lee: Survivor used to be at capacity week in week out… I never thought that the day would come where we would be selling it out ourselves.

New Rhythms: What’s been your favourite party so far?

Lee: It’s honestly hard to say. You appreciate every party you put on. Our first birthday was a great feeling, putting on some of our friends plus favourite acts in Melbourne (but clearly not all as there is so much talent). We ran that at New Guernica thanks to Jaff who an absolute legend.

Lee: We’ve got a party coming up at Boney with our friends at Kontrast. Later on in the year we have a few names to release with international headliners. We also have another artist who will soon be announced into the family.

New Rhythms: So much to look forward to. Thanks for your time guys and see you on the dance floor.