Folamour is a one-man-guy but his influence on the house scene on an international scale has been huge. His home country of France has a tendency to appreciate a more industrial sound but Folamour has stepped up to the plate and taken himself on a wild adventure to push past the norm by himself. He doesn’t give a fuck what people think of him. This attitude might be the very key to his success.

Between the international stage and his bedroom studio, Folamour makes tunes that make you feel real damn good. From hip hop to jazz, house and funk, his sound delivers nothing else but high-quality vibes. And while he might not be as well-known in his home country, the blokes and gals in the Melbourne house-scene have sent whispers through the streets about him for more than a year now. Right before he takes to the decks at Yours&Mine this Friday, New Rhythms had a chat to him about the inspiration behind his tracks, France’s tendency to overlook house artists, his keenness to play live, starting a label and his new album coming out soon.

New Rhythms: So you’re obviously a keen sampler, what’s your approach to finding the perfect sample?

Folamour: To be honest, I changed my process for my new album which have been working on for a year now, not sampling at all, recording live instruments and voices. But I try to find the perfect sample I would say that my approach is to find something with a real emotion in it, also something I can complete or that can complete something I made.

New Rhythms: When it comes to creating a track from scratch, where do you look for inspiration?

Folamour: I’m usually having inspiration from books I’m reading or movies I’m watching. It can also comes from a bad moment or a joyful one, producing on tour is always special for instance cause you go from hard moments to beautiful ones real quick and some good stuff can come out of it !

New Rhythms: Can you walk as through your live set up?

Folamour: I don’t do live yet under Folamour. I did lives under another project, more jazz called Kimosabe where our set up was mostly synths and pads. But I’m working for something in the future …

New Rhythms: You obviously play live regularly, is there a particular reason you seem to favour the DJ aspect of performing over say, bringing a laptop and a tone of gear?

Folamour: It’s only a matter of energy I think. I would like to tour with a live for instance but it would need to be an instrumental live to keep the energy at the highest level which I’m not able to with computers and tools. When I’m DJing, I also have a great freedom that I want to keep, being able to go from african music to breakbeat to hip-hop if I want to.

New Rhythms: Is your studio currently located in your bed room?

Folamour: It is! Because I’m touring half of the time, I can’t work outside of my place, I need to have access to my studio instantly when I’m home.

New Rhythms: As the founder of ‘For Heaven Use Only’, is starting a record label something you would encourage to those contemplating it?

Folamour: I would specially recommend to start a label if you have a good reason and a real envy to do it. If you’re in a city where there are producers but not a label to support them for instance it’s a great project or if you want to defend a genre of music under represented, for sure.

Folamour: I would say being French. In Europe, when you start touring a lot and releasing music, you notice that french people have no respect from the institutions. We have a scene that is amazing and I know a lot of people are looking at France these days but medias, festivals etc … are ignoring french artists. Hopefully we have the support of the people, which will always matter the most for me.

New Rhythms: You’ve made quite the impact since 2014. What can we expect in the future from Folamour?

Folamour: An album to start with, upcoming in February 2019, and more releases for sure. Some unexpected music, more instrumentals, more pop, more jazz, more soul. And tours of course ! 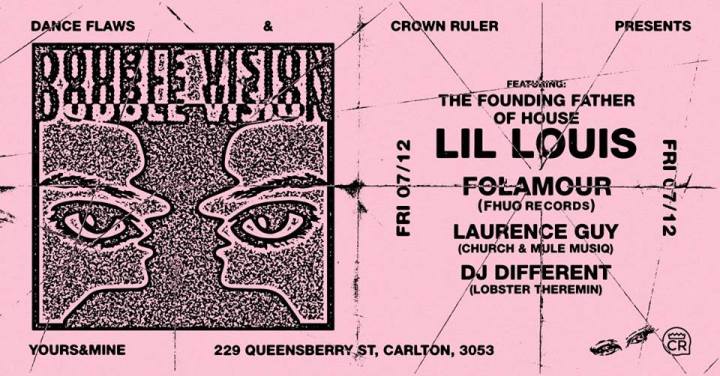