After making his start in the scene as a DJ, Andy Muscat aka ACM has since moved entirely into the realm of live techno with outstanding results. Captivating crowds and destroying dance floors all across Melbourne with an enviable array of hardware and a deep, calculated approach to live electronic music.
Firstly, are you able to give us a general overview of your live performance setup?

Yeah, so whether it’s at home or in a nightclub I’ve always liked to set up my gear around the mixer. I use a Midas Venice 240 and this mixer has become the heart of my performance. All of the synthesisers come in through individual channels on the Midas and I use sends to apply FX such as reverb, delay, distortion – whatever I’m feeling really.

Favourite piece of gear in your collection and what you love about it?

I don’t have a favourite piece of gear so to speak but I love my rack-mount synthesizers. It makes my setup so much more compact and gives me easy access to run everything at once, through one sequencer or keyboard.

In what ways do you feel your choice of instruments and hardware has shaped the direction of your live sets?

I try not to let the instruments I use dictate the sound I create. I feel like the main thing that shapes the direction of my sets is actually the interaction with the dance-floor.

In regards to the musical content of your live set, how much of what you’re playing is improvised during the set as opposed to pre-written in preparation?

It depends. In the past I have written full sets from start to finish in the studio. This year I’ve focused more on the improvisation side of performance and so might only have a few elements that are predetermined. I think a healthy balance of both gives the best result. Having the confidence to scrap something that sounded amazing in the studio but doesn’t feel right in the moment is really important. 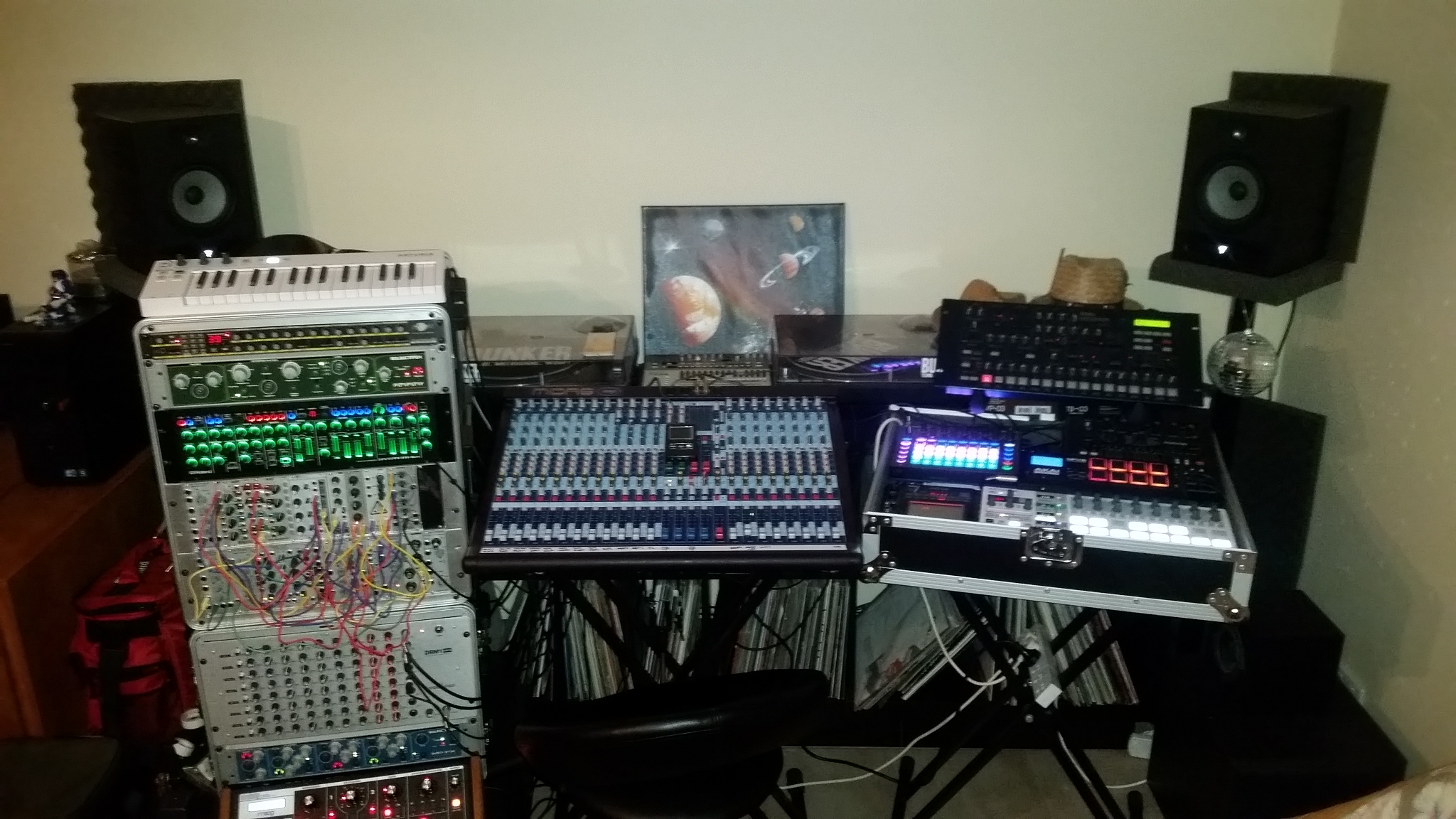 I’ve followed you on Instagram (@acmtechno) for a while now and it’s quite evident you’re an avid gear collector, how did your tech obsession begin?

Well I wouldn’t call it an obsession necessarily! I’m a hands on sort of person, I don’t like sitting in front of a screen if I don’t have to be. My collection of synthesisers has stopped growing recently as I’ve imposed a rule of 1 in 1 out. I think this has helped me appreciate the gear I own a little more because I have to be certain I’m making the right move if decide to get rid of something, so tend to learn as much as I can about my gear.

What advice would you give to any DJs/producers who also want to make the move across to playing electronic music live?

Stop learning, start creating. Take advice you haven’t asked for with a grain of salt. Be grateful and accepting of constructive criticism when you ask for it. Record your sets so you can listen back.

When you’re looking at purchasing a new piece of hardware are there certain things that you like to take into consideration?

Yes absolutely, first and foremost I think about what sounds I can make with the gear and whether I have something similar that can achieve the same result. Then I think about how it will integrate with my other gear and fit into the live set. If it ticks those boxes then I check it out.

If money were no object and you were able to buy any piece of gear in the world, what would you go for?

I would probably build an 8 voice modular synth just because.

And finally, do you have any releases or shows coming up that you would like to mention?

I’m really excited about Melbourne Techno Collective Celebrate 15 years of Techno. I’ll be joining Honeysmack for a special b2b set – we haven’t had a jam together yet so I’m as excited as everyone else to see how it pans out.