Michael Dodman, AKA Huxley, AKA ultimate banger dropper, will be stopping by our very own city soon to treat us with his signature thick driving bass lines and serotonin-boosting melodic house chords. He’ll be coming from a whirlwind adventure of gigs from fabric London, Sankeys in Ibiza, STRAW-WERK Festival in Amsterdam, to club nights in Paris and even the USA.

He is a busy man and has become even busier recently as he focuses on his new track with Will Clarke, ‘My Body’.

Before he reaches our shores, Huxley took a brief moment out of his busy schedule to chat to Autosea about being fearless, experimenting with styles, bangers and his dream B2B.

Autosea: You released your very first record when you were just 17 which was a garage record before moving into Hip Hop. How did you transition from garage to where are you now and how much does garage and hip hop influence your own genre of electronic music that you play now which seems far from it?

Huxley: I never actually released any hip hop, just use to make some of it for fun. I think garage is a genre which leads itself to house, especially, but also techno in some aspects. In terms of influence and what I do now, I think everything I’ve ever listened to and enjoyed has some kind of influence on what I make, or what any artist makes, not just genres I’ve actually released. It’s hard for me to say in what direct ways it affects my output though really, as it’s just a make up of my musically DNA and things happen naturally. I don’t try and think about things like that.

Autosea: Becoming a regular booked act in major cities around Europe and being flown Down Under didn’t exactly happen overnight. In a scene with such incredible DJs and producers, how did you manage to find your own ‘sound’ or ‘voice’ that enabled you to develop your presence with a progression from blending in and being one of many to being one that stands out?

Huxley: I’m not that deep a person when it comes to things like this, but I think the main thing about finding your own voice, if it’s me or anyone, is not being scared to use your own life, experiences and tastes in your work. Too many people are scared to show their own sound as they want certain people to play their music. I can understand that it’s daunting and sometimes lonely being out on your own, but also I think having your own voice will make you a cut above someone who just copies others in a hope of gaining fame.

Autosea: You’re a big believer in changing up your style, not only to try something new but also so that you don’t bore yourself to death. How exactly do you describe your sound and how do you balance maintaining that specific style whilst experimenting with totally new ones?

Huxley: I think that defining my sound would be best done by someone else, to be honest. Like I said previously I never do anything consciously to try and keep things similar or have a thread that runs though my tracks. I guess it’s just something that happens. I like to change things up though, that’s for sure. The thing is, I don’t just like one style, I like multiple, so why would I just do one thing? That doesn’t seem natural to me. However, I’ve kind of learnt over the last year or so that sometimes this can confuse people, so now I’m trying out different names for different vibes, such as Martinet and Mediman.

Autosea: You’ve just released your new three-track EP, ‘Careo’. Part of your specific style is that it always keeps us guessing. Where will ‘Careo’ be taking us?

Huxley: Careo is a bit of a move back towards what I actually use to be doing, very housey, big vocal. maybe a bit more geared towards a more European sound than I’m traditionally known for, but I think all three tracks are quite a good example of where I am at at the moment. Also, being on Moon Harbour has always been a dream of mine so I’m so glad we could make it happen.

Autosea: How exactly would you describe a banger? What are your favourite electronic elements of a banging tune?

Huxley: This is such a tough question to answer. I think a banger just has that extra special something to it. It could be a bassline, a hook, a build, a vocal or whatever. It’s just a track that gives you a feeling that other tracks don’t.

Autosea: Who would be your dream B2B?

Have a listen of Huxley and Will Clarke’s new beat here: 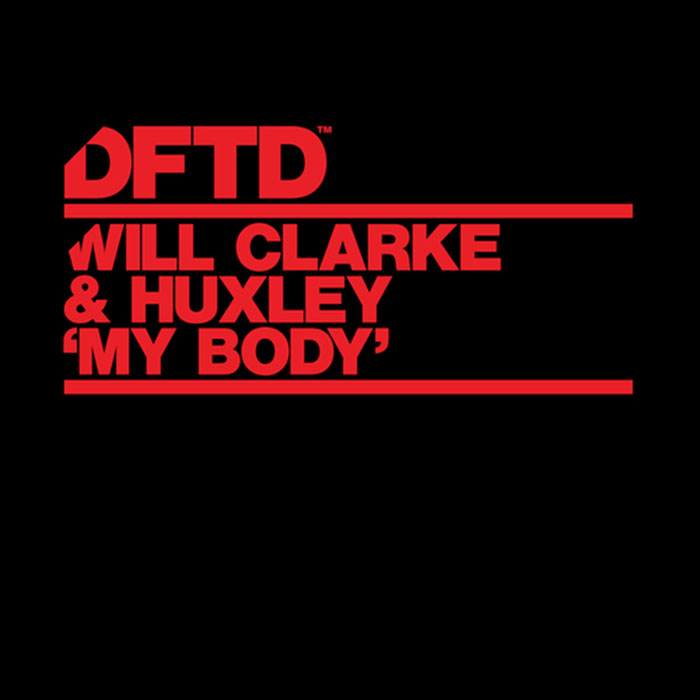 Check out Huxley making a banger in 10 minutes or less for FACTMagazine here: