Ivy Lab, the North London drum ‘n’ bass trio continue to receive praise for their eclectic style and diverse sounds. Becoming popular in 2012 the trio worked mostly for Critical Music Label and released their debut single ‘Oblique’. They were brought together by their enthusiasm for experimenting in the d’n’b scene and Ivy Lab have only gained momentum since their breakthrough tracks were such as ‘Live On Your Smile‘, ’20 Questions’ and ‘Make it Clear’ were released in the same year.

Years after these initial releases Ivy Lab are in the Halftime movement which crosses bass to hip hop and mixing in drum machine electronic. The landmark ‘Sunday Crunk’ remix went beyond ‘best seller’  to become one of the most played tracks in 2015. They released even more tracks in along with their critically acclaimed sixteen-track ’20/20, Vol.1′, or 2016’s ‘Fortuna EP’.

After several years Ivy Lab lead created a new generation of sub-genres within their ‘ultra innovative’ ’20/20 LDN’ project which Mixmag called a ‘London standout’ after it gained interest from d’n’b fans globally. Fast forward a year after the launch at a small 200 person gig, the event was put into the Columbo Group empire and is now hosted  at their flagship South London premises Phonox.

From the success of this new event series, IL launched their own label under 20/20 LDN name. It was launched with the pseudo-mixtape LP “Ivy Lab presents 20/20 Volume.1” which Mixmag described as “uncompromising, insightful and rather awesome” and became monumental for the Halftime movement and Ivy Lab. The trio took to the road for the 2016 summer season with showpiece appearances at Glastonbury, Sonar, Boomtown, Bass Coast and Lovebox, with main stage appearances at both Exit and Outlook festival.

This year fans have been treated to Ivy Lab’s EP named ‘Peninsula’ which has been the first full EP since ‘20 Questions’, amongst the odd original and remix with their latest offering being a remix for ‘Fuck With Myself’, a single from Banks.

Have a listen to the remix here to prepare for their tour kicking off very soon. Check the tour dates below: 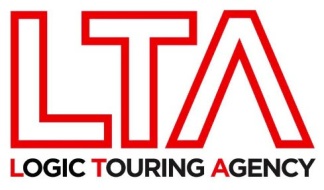