Pitch Music and Arts Festival came into the minds of Australian underground electronic music fans after a well-designed video of a can being cracked open with a list of the international artists visiting the country went viral.

“This has to be a joke,” “as if” and “it’s a publicity stunt” was actually the main style of response from people on Facebook. We are far away out here in Australia from where the a lot of the artists are originally from, but that doesn’t mean that the love for electronic, house and techno music holds any less of a special place in our hearts than overseas. It’s just expensive as hell for even the most popular and well-placed promoters to get great international acts to come out here. 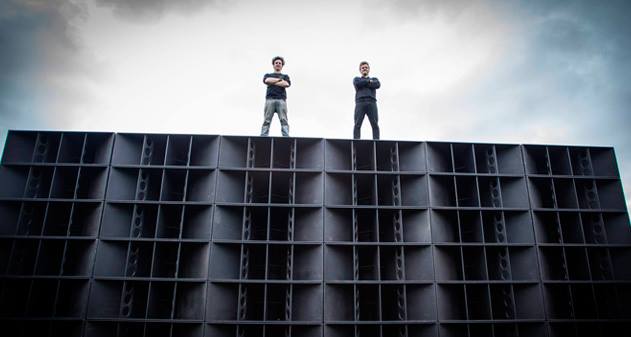 But 2017 is different. Novel and Beyond the Valley banded together to select the best line-up for underground electronic music of both local and international acts that has ever been seen in the history of this style of music in Australia. Similar to a bill for world’s best-voted festivals Dekmantel (Amsterdam) and Dimensions (Croatia), this year bracing our shores include (in no particular order as they are all amazing) Axel Boman, Ben Klock, Cyril Hahn, Âme, Omar S, Midland, Dixon, Fatima Yamaha, John Talabot, Red Axes, Stimming, Toro Y Moi, Detroit Swindle, Henrick Schwarz, Julio Bashmore and many, many more.

The most difficult thing that will happen across the weekend of Pitch is figuring out how to keep track of time and the set-list, ensuring maximum viewing with the least amount of clash-time as physically possible. What you need is some pointers on who to not miss and a time-conservative friend, watch or printed set-list handy. We spoke to our Autosea DJs playing at Pitch to get their input on who they won’t (or will try not to) be missing at the festival.

Why they can’t be missed:

“Because every single one of their productions over the last two years have pushed boundaries and have been completely spot on. They are also exclusive to Pitch meaning that this is the only show they’ll be playing in Melbourne.”

Why they can’t be missed:

“Sleep D’s live set at Strawberry 2016 was one of my highlights of the festival. I really loved how they seemed to adapt to the bush environment and vibe and I can’t wait to see what they bring to Pitch. I also really respect what they are doing with Butter Sessions by supporting the local scene.”

Why he can’t be missed:

“I missed Midland at Dimensions because he clashed with Larry Heard. I also saw him at Panorama Bar for 8 hours which was the best thing ever.”

Why he can’t be missed:

“A lot of his stuff is a stripped back Detroit sound. It’s raw and organic which I’m a huge fan of. ‘Day’ in particular is an uplifting, groovy house track, which becomes an instant classic. I’ve never heard this gem out so hoping it graces my ears when I catch him at Pitch!”

Also make sure you definitely don’t miss the Autosea boys spinning beats, taking over and closing out the Pitch Black Stage on Saturday from 10:00pm to 3:30am.