In a few days’ time, Melbourne’s most followed music promoters, Novel and Beyond the Valley, will combine their creative forces to present Pitch Music & Arts Festival – a new camping festival that is set to invigorate.

This inspiring group of arts and music enthusiasts will put together a spectacle Australia’s never seen before in the mild meadows amongst the blue gums of Mafeking, three hours from Melbourne’s CBD.

After one of the most exciting festival line-up announcements ever seen in Australia, set times have now been revealed for the inaugural Pitch Music & Arts Festival.

The acts will be spread across three huge stages with an array of the world’s best, ably supported by a band of local legends.

Among the all-star line-up, notable highlights include techno legend Donato Dozzy who will be playing a three-hour DJ set by himself, as well as a three-hour live set alongside Neel under their Voices From The Lake moniker – both Australian exclusive sets.

Festival goers will also be treated to three-hour DJ sets from Gerd Janson, Âme, Dixon, Ben Klock, Francesca Lombardo, Midland, Mike Servito and Kollektiv Turmstrasse, and a huge weekend in the bush will be closed on the mainstage by none other than Melbourne’s own CC:Disco!.

Autosea will be taking over the Pitch Black stage on Saturday night, with international guests MAD REY and Mézigue alongside Autosea DJs. 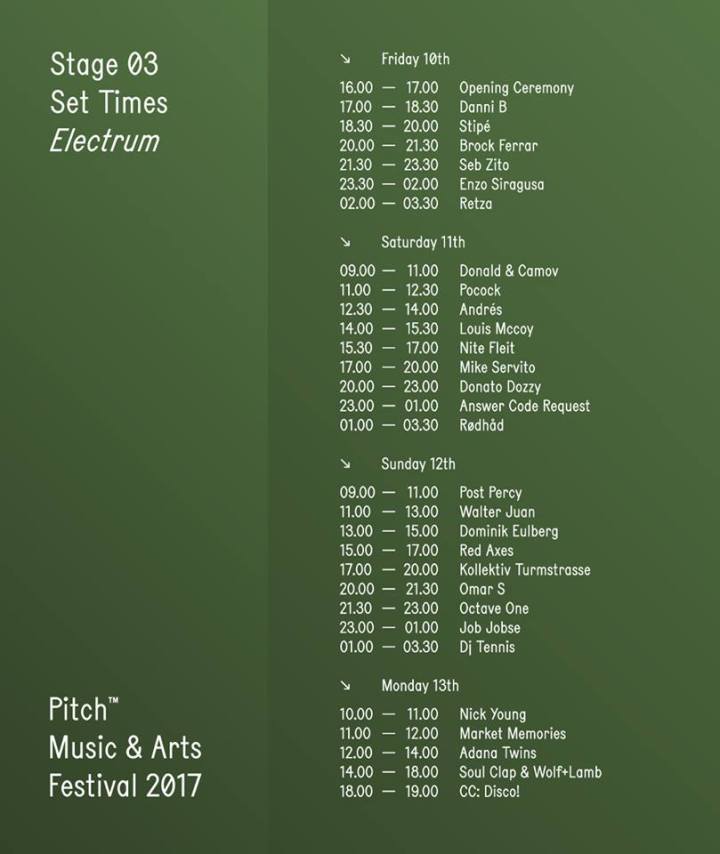