It was only a few years ago when Matilda, AKA MTLDA, started her electronic music journey when she began promoting a disco and house night at Lounge in 2016. In 2017, she quickly saw herself going from dancer to DJ (with no original intention to do so) and began her career at Lux. She’s frequented the decks of local iconic locations and nights of Melbourne including Lounge, Hugs & Kisses, Club Derange, Lucid and Precog and even supported Eris Drew, The Black Madonna and Roza Terenzi.

Now she runs Powertrip — a semi-regular night run by herself and Brooke Powers which features an inclusive night of anything the DJ feels comfortable and keen on sharing. For Matilda that might include techno, breakbeat, electro and other left-of-field genres she’s discovered since taking to the booth. With her musical background as a vocalist and her focus on jazz improvisation, she’s got a strong desire to pursue experiments in production … but for now we had a chat before she plays at Loop for label, Tape Leisure.

New Rhythms: Tell us a bit about your collective, Powertrip. How did it start?

Matilda: Powertrip (PT) was an idea that Brooke (Powers) came to me with last year — she had been offered a couple of tours with some lesser known international artists and asked me to be a part of it. We both really wanted to use Powertrip as a platform to celebrate all the people doing something different and which was a little thought provoking. It seemed to fall into place pretty easily when we started working together, and I think we both have similar visions for what we might like to achieve with it in the future.

New Rhythms: What’s your vision for the night?

Matilda: Powertrip is a Queer-focused event, a night where Brooke and I can book artists who inspire us and who we’d want to go and see ourselves. With any event, you can use it to expand your own capabilities and explore what you are into, and that’s what we have both been getting out of doing Powertrip together.

We’ve only had international headliners so far because that was the catalyst for us starting something, and now with this sort of rep it’s got, we are more into celebrating the plethora of talent in Australia. We believe everyone should feel comfortable coming to PT as we focus on the music and less on how it looks or what you ‘need to look like’ to attend.

New Rhythms: Who have been some of the key internationals you’ve worked with at PT?

New Rhythms: And who are some of the artists or collectives you’ve been collaborating with as of recent?

Matilda: I have released mixes for Bleus and Steeplejack in the last couple months.

New Rhythms: And who are some people to keep an eye out for?

Matilda: I’ve been listening to Kaytseng, Matt Tyrrell and Kia mixes on repeat.

New Rhythms: You’ve spent a lot of time playing at iconic venues such as Lounge and Hugs & Kisses. How do you feel about the venues closing down and where do you see the future of Melbourne for locations and spaces for electronic music?

Matilda: Those two places are the reason I started exploring dance music so it makes me feel sad, but I think it will create space for new ideas to come to fruition in Melbourne. Maybe there will be more venues emerging on the outskirts of the CBD? Park parties seem to be getting pretty common, too. I think as we realise there aren’t many venues we can rely on, it becomes more important to look after the people who attend, generally illegal, events. You don’t want to many people to know about them, you’ve got to have bins and I’ve noticed a couple with people walking around in hi-vis so it’s clear who you can go to if there’s a problem. I like that people are being more responsible about people’s safety.

New Rhythms: And what’s some stuff you’ve been currently focusing on?

Matilda: I’m playing Loop on Friday for Tape Leisure — I love playing there because they have a sick sound system — it feels like you’re swimming through a sea of bass! Then I’ve got the real final Club Lux at Lounge on the 14th of February. After those, I plan on chilling with the DJing a bit to focus on my own music. I’ve been playing around with my own voice and Ableton in the last few years but I want to start exploring hardware. I’ve always had a penchant for technology, so I’m embracing that. Less sad vocals and more gritty bass lines haha. 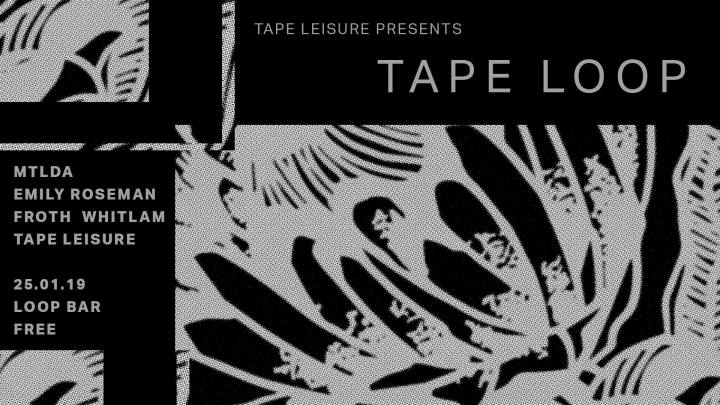