Hopkins Creek. It’s a one-of-a-kind weekend that has you constantly reminded of how good tunes and mates are. The line-up, while impressive and of an exceptionally high quality and talent, isn’t the only great thing about the festival — it’s the people, the vibe and the culture that make it one of the best experiences you are privileged to have.

The festival’s slogan, ‘Music & Mateship’ is absolutely spot on. When you mix the traits of people with a solid taste in music and genuine legendary human kindness, you’re without a doubt going to be surrounded by incredible vibes. Your old mate neighbour at your campsite, the bloke you met on the dance floor, the rad legend who was selling food at the food stall or the new acquittance you sipped tea with at the Little Morocco tea tent will most likely be your new best mate. 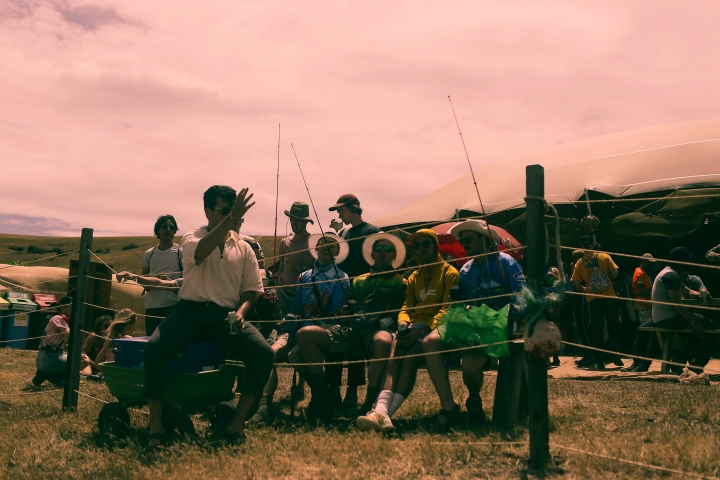 The main stage was the place to be to boogie down until your feet hurt and get to know the other lovely groovers in attendance. A personal highlight at the main stage was being introduced to a ‘panny’ — a new form of shoey which involves pouring your drink into a cooking pan and sinking it back in true Aussie style. 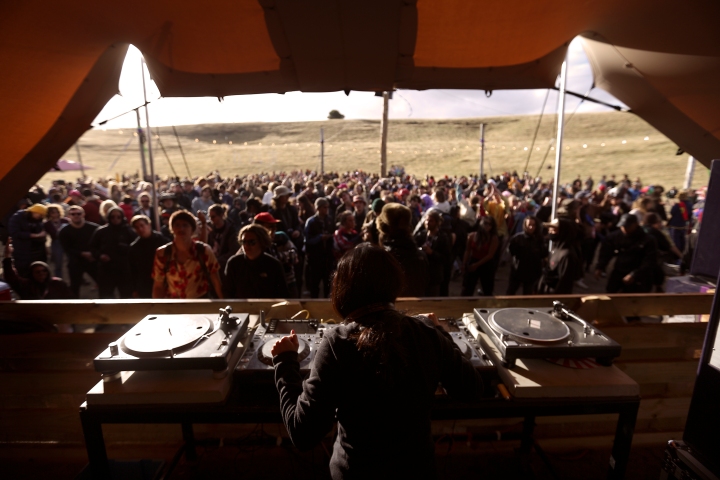 Barry’s Bait Shop resembled your Dad’s old shed. The space was decorated with fishing attire, childhood photos of the crew and all kinds of weird and wacky things that had you entertained at all hours of the day. You could chill over a game of pool, relax on the couch and play Super Mario Kart, play darts or spin a wheel of yes’s and no’s. 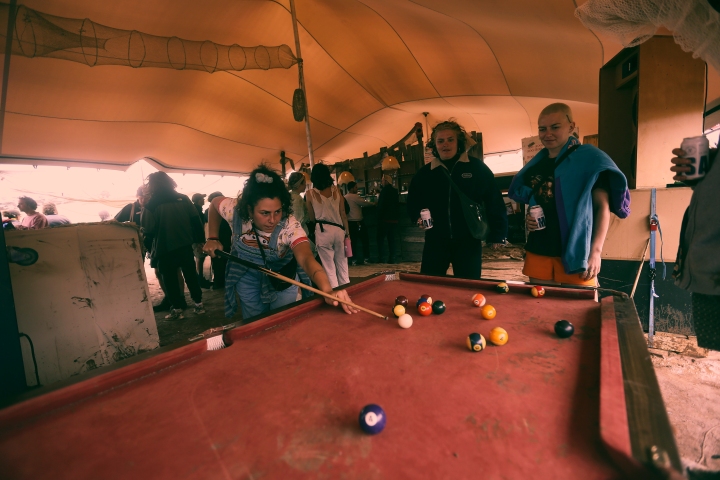 I’ll never forget the moment where someone was asked to take a spin and if it was a yes, Happy Hour was extended and if it was a no, he would have to take a shot of pickle juice followed by anchovies or something of the disgraceful sort. He lost to the audience’s delight. The Happy Hours were extended well after first called anyway. 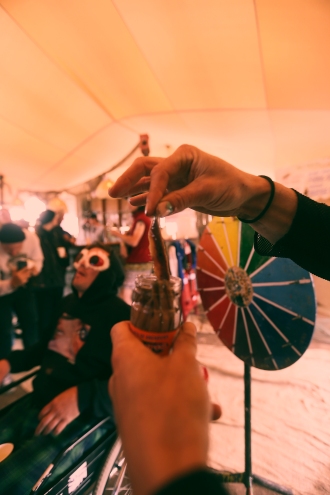 Barry Sunset on the mic made the Bait Shop a huge success. Speaking over the microphone was a regular occurrence and you couldn’t get enough of it. The bar at the Bait Shop offered unreal drinks including some interesting cocktails at surprisingly reasonable prices. 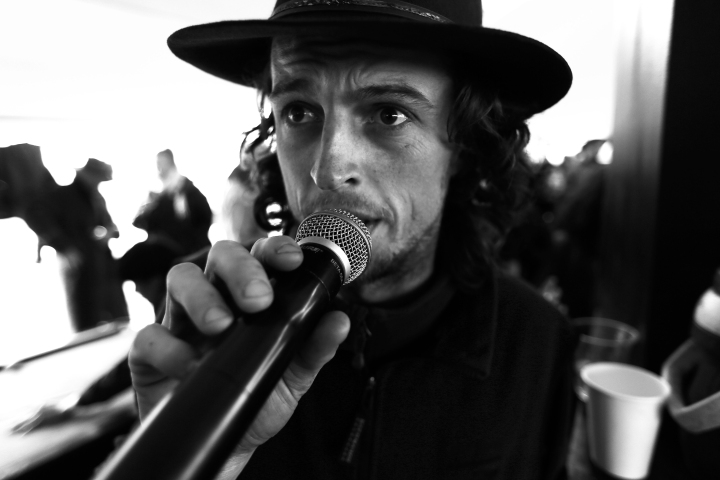 If you wanted to wander, you could climb trees and hills and relax on high rocks in a very Lion King-esque fashion and watch the festival happening in front of your eyes.

Josh Keys was top-notch on Friday. The bass of his set travelled throughout the entire crater as he played ambient dance beats with roaring electric guitars followed by intricate piano chords. While playing on the Nintendo 64 I multitasked trying to win the game whilst boogieing along to an epic set by Adonidia — featuring intergalactic dreamy numbers. Fantastic Man didn’t disappoint and he then delightfully joined for a boogie after his set.

The sunrise on the Saturday morning brought near tears to my eyes as Dan Hartman’s ‘Relight My Fire’ played as the sun rose. Esper Luke played a delicate set of chilled beats as I enjoyed a delicious tea at the Little Morocco tent before I was unforgivingly dragged back to camp to rest and rejuvenate for the day. 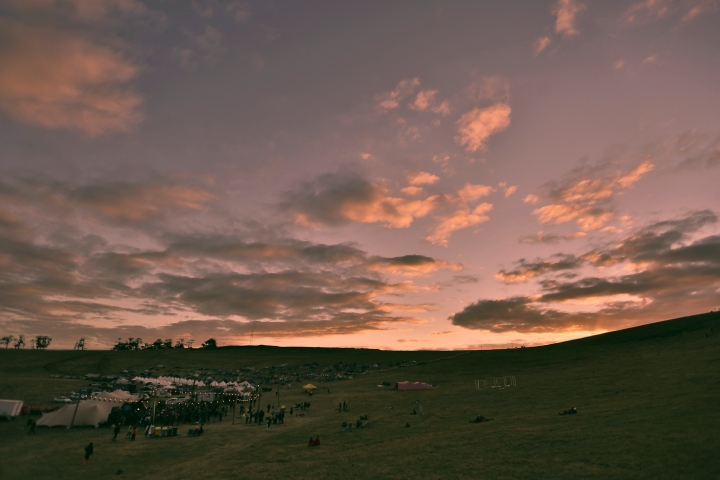 At the main stage in the early hours, Maria Moles and Adam Halliwell gave us a slow groove and long-grounded jam before Adriana — the patootie with the curls got the dance floor jamming into the early afternoon. “How good is Hopkins Creek…’ she said to the crowd. “The best things happen in the day,” and with that, I sank back another tinny and couldn’t help but bear the world’s biggest smile.

Sagamore were a great new addition to my favourite music selection who resembled The War On Drugs. Adi Toohey played an unreal stompy set that had people talking about her for hours. Her set reminded me of Soul Train as the crowd grooved along. 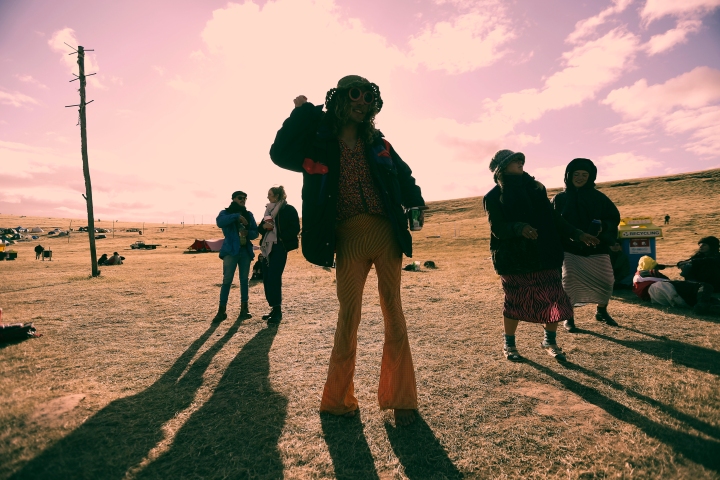 Saturday afternoon saw some fairly hectic wind that turned into the storm of the century in the night. My tent, along with many others, was completely destroyed which had minimal effects on punters. In fact, the outrageous storm, while unfortunately putting the crew under a lot of stress, seemed to bring people together even more. Hopkins always seems to be the bearer of shitty weather but all that does is show people’s true legendary colours as everyone still managed to have a great time. 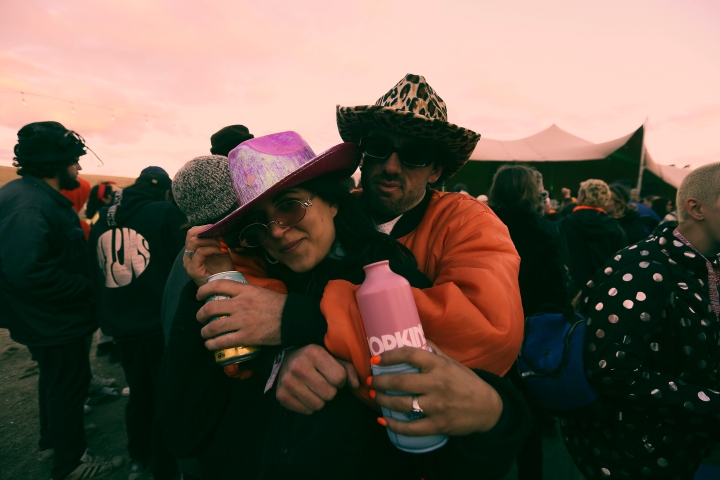 For the lucky ones that had fully functioning tents, they were more than happy to help a brother or sister out by offering room for rest. Sunset Sounds, the Bait Shop Boys, Jeep Sessions and Wax Nomads all delivered nothing but quality tunes at Barry’s Bait Shop through to Saturday night. Mitsuki was a highlight and brought along a sizeable collection of more than 300 records to play and definitely picked his very best.

Sunday’s vibe was pumping and had a flavour different to any other day of the festival. Paramida played a sick set and closed off with the sound of children’s laughter that echoed through the hills. Freda + Jackson played an exceptional live percussion set that changed the tone of the day. 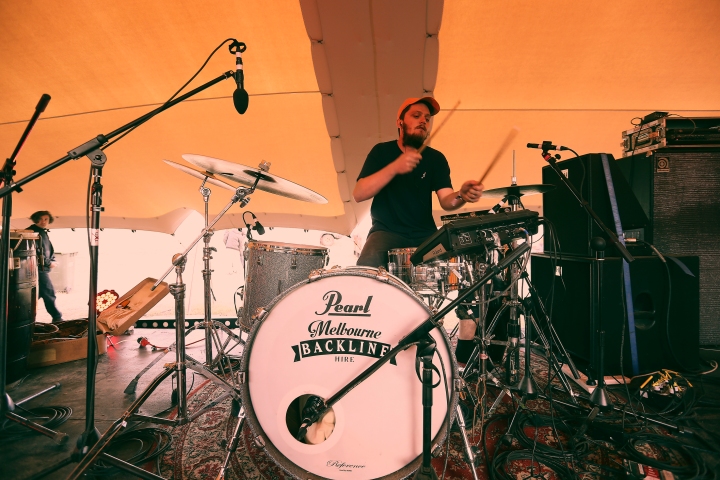 Ben Fester played a set that had many people discussing afterwards about whether he could be Australia’s best DJ. The Wax Nomads boys finished the festival off with a bang, bringing all the crew and crowd on deck, all feet to the floor and all hands in the air. They played the best of the best funky classics with clear intentions ensuring everyone ended their weekend on an ultimate high. 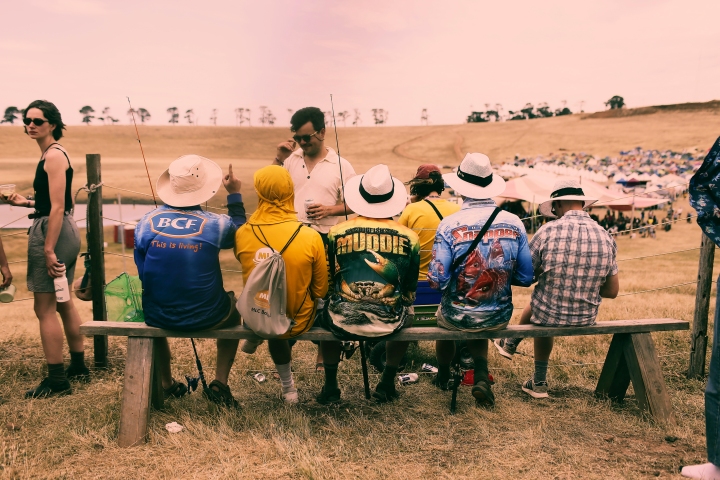 A huge thank you must be given to the family that has created the festival. Every individual involved, from the DJs to the warming and hospitable mothers of the organisers who worked tirelessly across the weekend are the ones that made it so damn great. I can’t bloody wait til December 2019.