Melbourne-based powerhouse Uone’s impressive recent release on the Balance label is not one to miss, and with the summer sun beginning to rise over Melbourne, he is definitely one to look out for on dancefloors this festival season. The founder of the kitschy Chi Wow Wah Town and Ranch-o-Relaxo has also occupied dancefloors at a long line of dreamy festivals all over the globe such as Fusion Festival, Oregon Eclipse, Boom Festival and Burning Man’s Robot Heart.

Reflective of the journey that his career has taken him on, his recent release on the Balance label is influenced by his nomadic experiences, wrapped up in a two-part mix that is comprised of all-original work. With a production process of two and a half years, this compilation reflects an important formative touchstone in his musical education, and this deeply personal mix will take you through different emotions and dimensions.

Can you tell us a bit about how DJing started for you … how did you first fall in love with it?

My fascination with music began from the tender age of 12, when my mum was running a rural Australian bed and breakfast called ‘The Herb and Horse’. Due to the transient nature of the backpackers who frequented her establishment, I was exposed to a variety of fresh sounds, music culture, and characters from around the world. Backpackers would arrive from  Europe, America and the United Kingdom loaded with tapes and CDs. Naturally, there were many parties happening, and most of the time I was left in charge of the music. Selecting sounds to make people dance has always been my passion.

As a Melbournian, how have you found the underground music scene here compares to the many cities you’ve travelled to before?

After travelling the world for the last ten years playing music and experiencing how different cultures create events and spaces for people to enjoy electronic music culture, I’m proud to say that Melbourne is at the forefront. It has a very similar vibe to Berlin’s scene, and I would say this is because Melbourne and Berlin are similar – there are so many cultures from all around the world in the same place, and this creates a melting pot of artistic people. 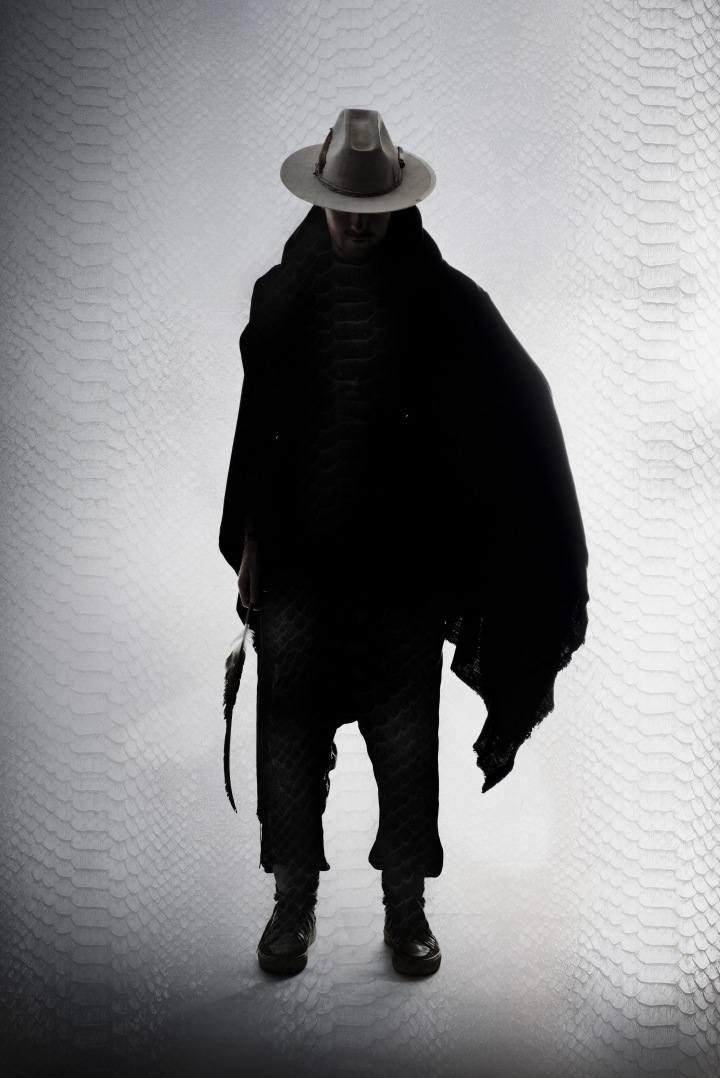 Has the Melbourne music scene influenced you or are your influences mainly from abroad?

In my early 20s, I was heavily influenced by our local live electronic music bands Infusion and Nubreed. In the early 2000s, these guys provided the bedrock and inspiration for me to become the artist I am today. For the album, I worked closely on the mixdowns with Jamie Stevens from Infusion and the mastering process with Danny Bonnici from Nubreed.

Festival culture in Australia obviously has its very own character. Do you feel that there are more opportunities to play your style of music with the rise and popularity of doofs here? Or do you think it hasn’t changed the scene too much?

I’ve been attending outdoor festivals in Australia since 2000, and I am lucky to start performing at them from 2007 onwards. I have certainly seen a shift from them being underground to being almost mainstream. At the moment doofs are very popular and on trend.

You’ve played all around the world at some of the best festivals on the planet, including Fusion, Glastonbury, Boom Festival, Burning Man and more. What has been your ultimate favourite?

Boom Festival is hands down my favourite. I have been blessed to play at the event three times, and each time I get to play extended daytime sets where the sound system, decoration and production are all state-of-the-art.

Being provided such a platform to deliver my art inspires me to dig deep into my music collection and take the dance floor on a journey into musical realms you thought you might never hear. An example is when I played my edit of Dr Dre feat Snoop Dog – Hold Up, and the crowd went completely wild. To hear Hip Hop at a transformational gathering that concentrates on trance and techno music, you probably would scratch your head… but it worked.

Can you tell us a story or take us back to your favourite moment of that festival?

Another great moment from Boom is when I played there in 2012 and my set time was closing the stage from 11AM – 12.30PM. It was supposed a set that went for an hour and a half but at the end of my set, the organisers could feel the vibe I was creating, and how the crowd reacted to it. They I should play another hour, and at the end of that hour, the stage manager came to me, asked me to pretend to finish the set by pulling the faders down, and wait about 30-60 seconds, then start the music again and play for another hour. This continued for three separate hours until finally at the end of 5.5 hours I finished my set with Noze remix of Dapayk & Padberg feat. Caro – Island. You have a strong passion for cutting edge stage design. What kinds of things have you witnessed at international festivals you wish was incorporated into Aussie festivals? And what have you already managed to bring back with you?

I am a massive fan of immersing people with art and letting them interact with it. Just a big stage platform, speakers and LED don’t float my boat anymore. I like stage designs and dance floor environments that have a familiar feeling. Dave Dinger is a German stage designer whose designs I love. I first introduced him to Australia, and now his designs have taken off: He did the last two stage designs for Pitch Music & Arts Festival.

When you play at international festivals, do you get the chance to kick back, relax and boogie with the punters for a few days or is it usually fly in-fly out?

I am selective on which events I kick on at. It usually comes down to whether any friends or artists I know are performing. The last event I kicked on at was the infamous Lighting In Bottle Festival in California. Its run by a crew called the DoLab. Their attention to detail on every aspect of the event is supreme. I’ve attended many festivals over the last 10years, and for me right now Lighting In Bottle is king! The music, arts, people at simply incredible.

Which summer festivals are you most looking forward to this year?

The recent Chi Wow Wah Town for a smaller boutique experience, and Rainbow Serpent in January. I have not played there in two years and I’m really looking forward to hanging out with Frank Venuto and the team again. Tell us a bit about Balance Music. You’ve been putting a lot of work into this compilation and collaborating heavily with some big names, like Jam and Spoon, Adam Freeland, Infusion, Jamie Stevens and more. How has the process been and what can we expect from this release?

It has been a dream for me to produce one of my own as I grew up listening to Balance Music compilations. With so many unique mixes in the stable of Balance I knew I had to bring something unique. The concept to mix all my tracks and collaborate with friends came very naturally. I enjoy making music with other people; it reminds me of being in a band of some sort. Bouncing around ideas in the studio is fun and making the music is the easiest part.

Do you have an ultimate favourite track on the release?

Mr Mystic! My collaboration with Mojo Filter hold a special place in my soul. Mojo is from another planet, a cosmonaut of some description. We just had a special time hanging at my Ranch-O-Relaxo property creating music and sharing galactic informations.

Anything else in store for Uone in the near future?

I have and EP coming out on Katermukke which will feature a Dirty Doering remix. A collaboration with Schlepp Geist for our label Beat & Path, and a follow-up EP for Balance Music featuring Steve Bug and Niko Schwind remixes.  I will also go on two week digital detox in December on the island of Koh Phangan in Thailand. There is beautiful place called Haad Tien that I love to elope to and get away from the madness of the world.