The Melbourne Techno flag is flying high this year, and coming in hot just in time for the chilly winter is Cat House Collective. This year, they are stepping on to Melbourne’s scene and staying there, with their next event at Brown Alley featuring Ukranian techno heavyweights, Skober and Yan Cook.

The story behind Cat House Collective begins like many others. Guillaume Boin, Miguel Forero and Sameer Shachi are a trio of friends/DJs that were largely inspired by Berlin’s techno scene. Aspiring to throw parties that are reminiscent of their adventures in Berlin, this trio can also be found behind the decks, gracing Melbourne with their own sounds.

New Rhythms managed to catch up with Guillaume and Miguel to talk about how Cat House Collective was founded, their travels to Berlin and what we can expect from their parties.

So tell us a little bit about Cat House Collective. How did it all begin for you?

G: Well, we’re three friends that met partying. I met Miguel at a house party and Sameer at Revs. We decided to buy some decks together and would invite some friends to our house in Oak Park. That’s basically how the name Cat House came about- our house had many cats and we started to call our parties ‘The Winter Sessions’ at The Cat House. In September 2016 we had over 60 people come to our party, and we saw that this was becoming something. We decided that we had to move closer to the city as our house was way too far away for people to get to.

We hear that you go to Berlin quite often, and that the city is a massive influence on what your parties are about. Can you tell us a little bit more about this?

G: Our last trip to Berlin was in 2017. We rented an apartment in East Berlin and stayed there for three weeks… and we definitely partied hard! You can’t just go to Berlin and party for a day as there are always so many amazing artists that play throughout the week. We just couldn’t miss them!

M: Yeah, we really appreciated their clubs, especially Berghain, Sisyphos, Suicide Circus and Renate. We love how music plays such a big importance there and the sense of freedom that is experienced in their society.

What is some event highlights in all the parties that you’ve thrown?

G: One of the first parties that we threw was at a little bar/basement in Collingwood. The venue is called Caz Reitop’s Dirty Secret, and our party was called Lunatic. It was such an amazing night! We got really good numbers and we loved the vibe of the club; it reminded us a lot of Berlin’s atmosphere. We also really enjoyed all our Berlin Calling parties, and our last party with Cleric at Platform One.

Who are some local talents that we can expect to see playing at your parties?

G: Well, the three of us play under the alias of Bandar Seri, Lanzer and Sameer. We’ve also had Melbourne legends like Sundelin, Matt Radovich, Lueck and Hyper Binary play at our parties. 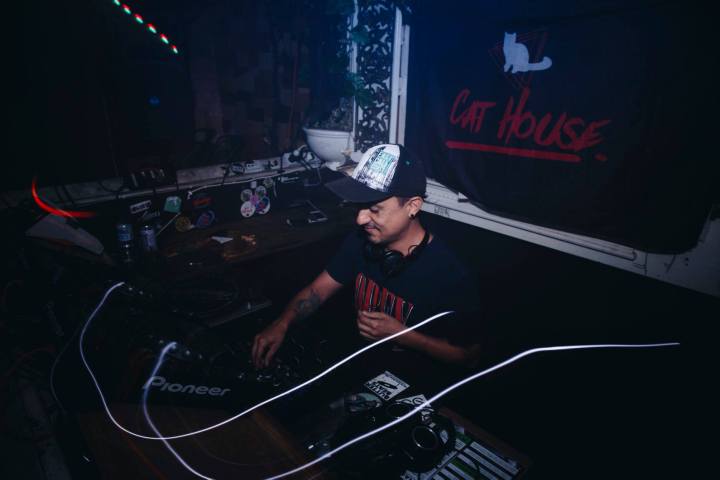 What is your vision for Cat House Collective in the near future?

M: We want to keep going with these parties and organize them as a monthly event. Our next party is in June, at Sub Club, and we hope to make that our residency for a while as we love the vibe there. We’re going to have Adrian Bell as a guest; it would be a great opportunity to have him. We’d also like to bring in more unknown, underground DJs from around like Yan Cook. At the moment he isn’t very famous yet, but we can see him exploding in the scene within the next two years.

G: We have a few internationals arranged, and slots at a few different parties like Eat The Beat and The Cave at New Guernica… But our vision is to really settle somewhere that resonates with the vibe we are going for. We feel like the Sub Club has that, so now we are working on expanding our brand and building the crowd.

Can you tell us a little about the next internationals you have coming to Melbourne?

G: Yes, so there’s actually two- Yan Cook and Skober. They are both from Ukraine, Skober plays a more Drumcode style, with rolling techno like Adam Beyer and Joseph Capriati. I’ve been following Yan Cook for a long time and since we’ve booked him he’s produced on Arts Records and Soma, two labels that are really important in techno. We are super happy to receive him, and he’s going to be playing a completely live set.

Catch the boys at their next event here.