If you’ve ever been down to a Kontrast Collective gig, you’ll be able to see pretty quickly how passionate each member of the group is. Renowned for their epic techno parties with the visuals to match, Kontrast have cemented their name in the electronic music industry of Melbourne very securely. New Rhythms chatted with the core members, Sandra (Sundelin), Caspian and René about how it all started, the importance of passion and integrity, and some of their dream artists to host at their events.

New Rhythms: So how did it all begin for you guys?

Sandra: I launched Kontrast in November 2015 with the aim of showcasing a style of techno and connected genres that I felt weren’t played enough in Melbourne. I also wanted to combine this with visuals and colours as much as possible, with projections and art installations in addition to the music. I find it very fascinating when you combine sound and visuals to enhance your experience.

Caspian joined me shortly after and René is our latest edition to the core team. Among us, we have regular DJs that we book including Chiara Kickdrum, Dj Kiti and Hyper Binary, plus a team of promoters.

Caspian: Both Sandra and I have been playing techno for a while. We met on the dance floor at Piknic Electronik Season One. I could tell a lot about Sandra’s approach to her events and personal branding that she would be great to work with and I knew that we could have a cohesive business relationship. We’re both very passionate and intense people with big hearts and a love for life. She’s one of the most wonderful people I’ve ever known! She has an integrity not easily found.

Sandra: René we know from working at Piknic who was one of the promoters. He was one of the most ambitious ones and you can tell he has a passion for the music scene. He’s held his own successful events and parties and promoted several crews in Melbourne.

René: I was working alongside Sandra and heard her play out a lot and I wanted to help her as much as I could. Over time I was given more and more responsibility and it’s really motivated me with both my promoting and music. After following Sandra, I met Caspian and was introduced to Kontrast. I learn something everyday with this crew.

NR: How would you describe your sound?

C: The style of techno we play and love is on the darker side, with tribal and industrial influences.

NR: Tell us more about the visual elements at your parties?

S: We’ve been working with a few visual artists to project their style and art either behind the DJ or on other walls and spaces. One of them is Misklectic; she did an installation once in New Guernica’s little quirky cigar room. It looked like a box with moving shapes inside it. It was sick. We also had an art installation at Sub Club by local artists. So in general, we always try to bring something visual along with our sound- although I have to admit that it’s not always possible to the degree I would like to since you’re limited to a budget. But the more we grow, the more of this we can and will include.

NR: So you all came together because you could clearly sense the passion you have for the music. Why do you think passion is so important in this industry?

S: The passion is important because if you don’t have it and get into this industry with the aim to just earn money, you’ll be disappointed. I have spent so many hours not getting paid to promote events, record mixtapes, going out to clubs and exploring and networking, just because I love the music and the scene and most people are very inspiring and supportive.

R: Personally I think passion is very important, especially in such a saturated scene where everyone wants to be someone sometimes and the fame and money can really come out in people. There is a clear difference between a party and a business even though they are entwined, an equilibrium is needed and that’s where the passion comes in to get that balance.

C: Passion and integrity for me represents the core of artistic vision. Without those two components, talent can only take you so far. Having integrity is saying, “I am doing this. I don’t give a fuck about how anyone feels about my passion or joy.” Integrity is the vision of what you deliver to the market.

NR: How do your older parties compare to now?

S: We have a bigger reach and following and know more people and DJs. We know how to plan better for each event. We know what sound we’re after and what DJs we want to host. We’ve been able to learn from each event and what worked and what didn’t.

C: We are more practised at it now. Before they felt a bit clumsy in a way. But then they were kind of more fun in a certain way. Now we are a bit more serious. 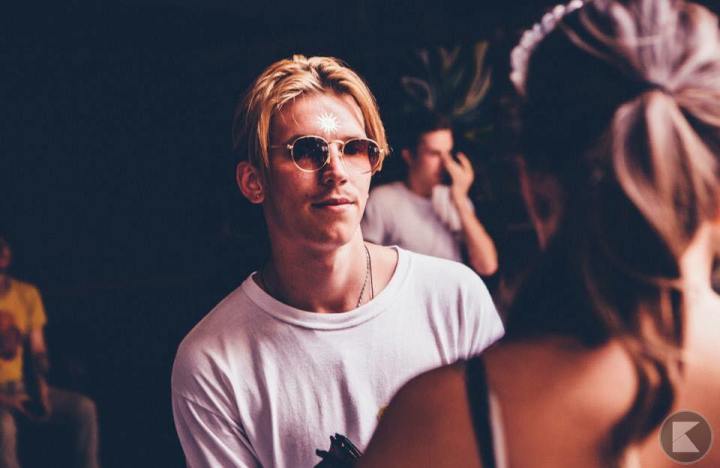 NR: Who have been some of your highlights on your event calendar in the past and your favourite artists to work with?

S: Randomer! He blew our minds with his DJ set. Cleric was our latest and was amazing too, of the same caliber and skill-set. For that gig, we had an amazing dedicated dance floor where no one wanted to leave, even though we had to shut down the venue. It’s moments like that when you know why you’re doing this.

C: Randomer and Cleric were musically a highlight for us. On an internationally renowned level, DJ Hell was huge.

NR: Who would be some of your dream artists to work with?

C: That’s always hard. I have a lot of love for Marika Rossa. Pepote would be amazing, and I always dream of having Speedy J.

NR: What’s your favourite thing about the Melbourne music scene?

S: The interaction with people on a deeper level, where music connects you and those who have put their egos aside and are humble and love to share and teach. Melbourne has a lot of great talent.

C: My favourite thing is how diverse and alive it is. It’s generally a bit of a deep tech-house swamp at times, but the sheer volume of events across all genres every weekend all year around is amazing.

S: Many crews support each other still, especially in the techno scene because we all know how hard it is to do events in this style of music.

R: For me, I feel like we are on the brink of becoming a capital city for dance and it’s really exciting to see bigger and bigger productions and more and more people out enjoying each other’s company. It’s exciting to see what will happen in the future.

C: In the techno community, we are very generous to each other and give space for each crew to succeed. In fact, I just contacted another promoter the other day just to check if we had a clashing date. That’s a really incredible thing that happens in this industry.

Check out Kontrast on Facebook here
Check out their next gig, Kontrast x Warg present Technical Threat at Boney at the end of this month