On a hot and sunny Sunday afternoon, the streets of Melbourne were swarming with sun-worshippers and those headed to the Sydney Myer Music Bowl for the fourth instalment of Melbourne’s Piknic Électronik.

Spirits seemed to be universally high after what had been a tragic previous few days in the city. Hoards of people headed toward the venue, while others sat around in groups on the grass getting ready for the big day. Even going through security into the festival was a pleasant experience and it seemed the abundance of Vitamin B was doing wonders for all attendees.

Being the third sold out Piknic of the year, the place was buzzing and people were everywhere; yet you never felt crammed or uncomfortable. Also, a lovely little feature was the cool down area, where you could escape the ferocious heat of the summer sun by standing under a sprinkler.

DJ & radio presenter Mike Gurrieri was the first act we had the pleasure of seeing. Mike’s radio show Mystic Brew demonstrates his eclectic interest not only across genre, but also delves into showcasing world music. With this in mind, I was very excited to see what he chose to play on the day. Playing from 3 until 5:30, Mike did not disappoint, casting a fun, smooth and soulful soundtrack to the sunny afternoon. 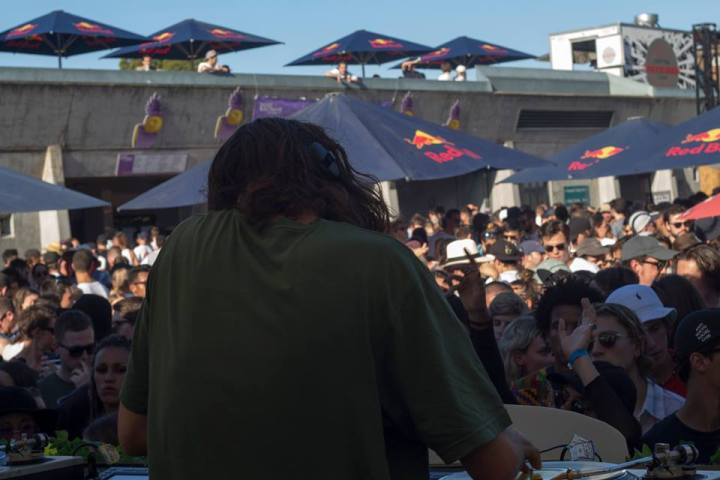 It’s around this time though that hunger kicks in, having danced in the sun for a few hours. Fortunately Picnik provides yet again. The venue boasts a wide range of awesome food stalls for whatever your palette desires. The sun setting bought with it mixed feelings. On the one hand, the day was full of energy, the vibes were great and everyone was on such a good level and so didn’t want the day’s festivities to end.

However, the sunset bought with it the sounds of Melbourne legend Tornado Wallace. Globetrotter and festival regular, Tornado Wallace is a forerunner of the new wave of Melbourne dance producers. The crowd packed out the Main Stage to see the local hero who played an incredible set to an incredible audience who grooved along to the disco-heavy set. 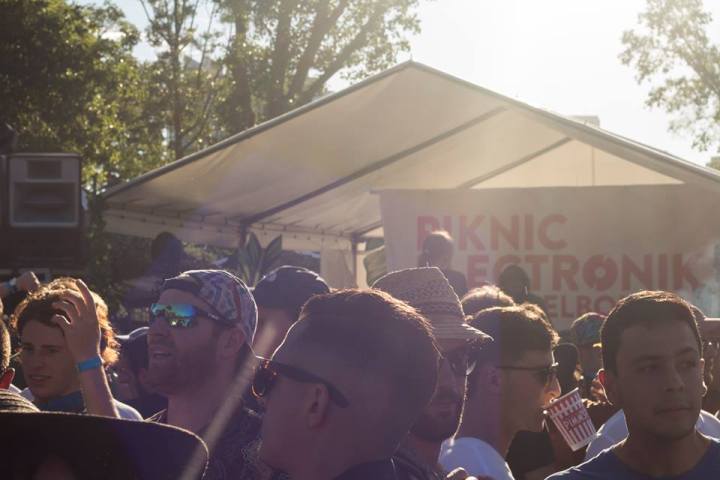 Ending off the night were Dutch duo JUJU & Jordash. These techno giants have been in the game for a long time and having previously seen them at Dekmantel Festival in Amsterdam a few years ago, I knew it was going to be a great ending to the evening. Keeping in line with the summary scenery and funk-fuelled previous sets, their set comprised of techno numbers that everyone could enjoy. With the sun having fully set, the slightly darker tone in music cast a solid shadow over the crowd who were desperate to keep on partying.

The only disappointing aspect was the fact that it didn’t go on longer. As the crowd screamed the obligatory ‘one more tune’, most knew the end was here. Week four of Piknik Electronik was an incredible day, with some incredible music and an awesome crowd to compliment the former. Everything seemed to just work and if this was anything to go by, I look forward to the next one! 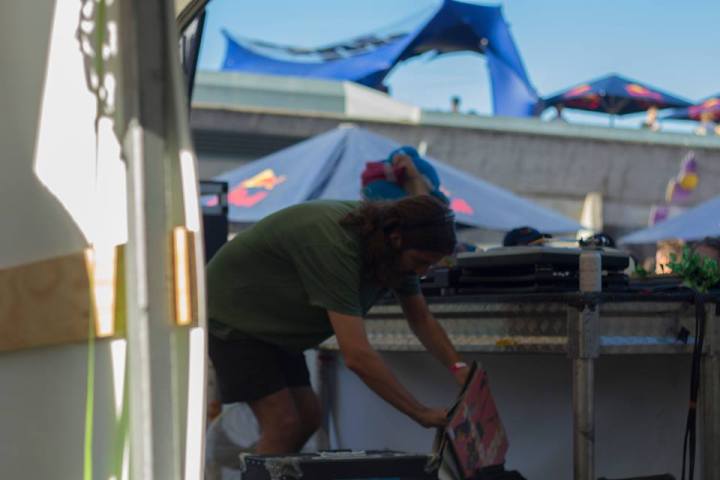