The team behind Duke Street Block Party, Pitch Music and Arts Festival and Beyond The Valley, Untitled Group sure know how to deliver.

Late on Saturday afternoon, there was a buzz in Melbourne’s west as they were doing it all over again.

Following such success, they were back for a second round which promised the same, if not even more electricity as their debut event. This time headlined by acclaimed UK DJ and producer Jamie Jones with the support of German DJ, vocalist and songwriter Meggy, Made in Paris and Melbourne local Jordan Brando, who all ensured we could have a good boogie.

A short walk along the train line, The Wool Store holds great historical and architectural value to Victoria. 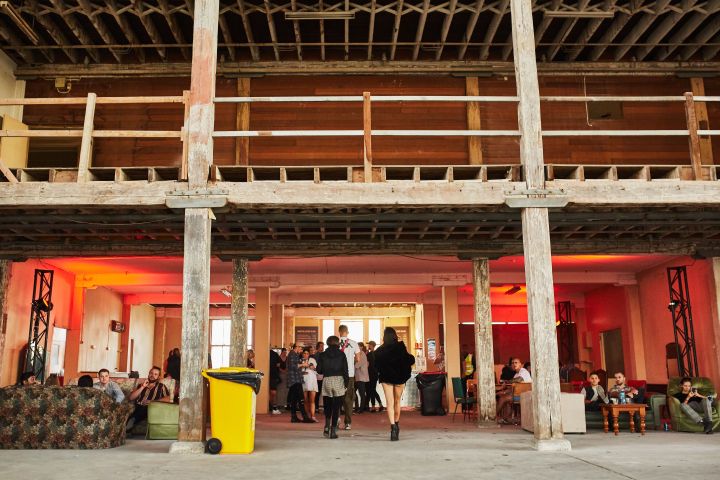 What was once one of the state’s largest ‘wool store’ buildings, the 40’s warehouse contributed significantly to fuelling Australia’s economy during the wool boom following the second world war.

Now fitted out with a slick premium sound system, spectacular lighting, a plethora of bars and food trucks, open air courtyard and art installations, it’s worth waking up early to get down on a Saturday.

Upon entry the large, desolate space sucks you into a fast-paced trance that almost feels like an illegal break and enter. Obviously left breathless at the magnitude of people, focus is drawn to the spectacular light show.  Showered in hazy pink dust, beams flickered blue and red dart across the crowd. While it may have been a sensory overload for some, there was plenty of couch space to kick back and recharge up the back, or soak up that last bit of afternoon Autumn sun outdoors.

Utterly unique and impressive, The Wool Store boasts European rave and gives you a glimmer inside the East London warehouse parties that started Jones’ career.

Once the sun had set through the wall of windows Jones, the co-founding of London’s successful label Hot Creations and member of cross-genre band Hot Natured, welcomed an eclectic buzz to the West Footscray space.

Popular for his warm and relaxed style of techno, the Welsh, two-time DJ Awards winner began his career spinning tracks at East London warehouse parties in the mid 00’s. His massive contribution to music across the UK and Europe congealed him as an integral influence, specifically to the island of Ibiza where he’s spent over seven seasons playing Paradise at DC10. 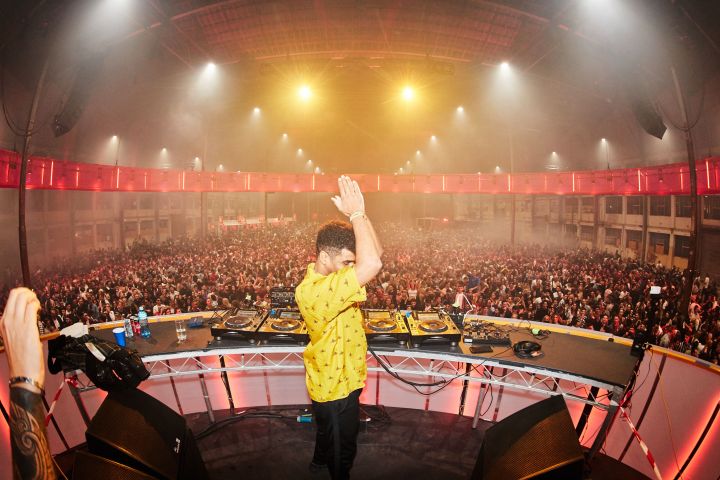 Bringing a little slice of Paradise to Melbourne, Jones successfully drew people from all sides of the city to the west to indulge in a collective experience, shared by thousands of punters bathed in a ring of light.

Seeping with talent, Saturday channelled a European underground, warehouse party vibe that mimicked the likes of Shapes or Printworks in London and Tresor or Panorama Bar in Berlin.

If you’re feeling massive FOMO but also can’t afford a 2019 Euro trip to get your dose of tech-house, don’t stress. Xe54 is hosting one of the final music events held at The Wool Store on June 1.

Tickets on sale at http://bit.ly/Xe54-TheWoolStore