Remember Myspace? It was a thing in the mid-00’s and pretty much kickstarted the whole social media revolution. Most of you probably can’t fathom a life without it, but yeah… there was a time when YOLO and FOMO was (probably) an abbreviation for some sort of government-funded agency and not a hip, new futuristic way to describe life events (or lack thereof) on Facebook, Instagram and Twitter.

I just found out that Lovebirds will be coming Down Under, hopefully to play ‘In the Shadows’ on repeat for 3 hours (just joking, he can play anything and I will love it). So naturally I got excited and started to browse the interwebz for more Lovebirds gear, you know, to get pumped up. Imagine my surprise when I found myself landing on his Myspace page. Intense. Strange. New.

One of the more endearing functions of Myspace was the fact that you could choose your top 8 friends which got featured on your page. Lovebirds had his Top 8. Who are these people? Why are they the chosen ones? Check who they are below…

1. Teardrop Muzik: Not much info here outside of the fact that this label/producer s also from Berlin. On the Teardrop Muzik MySpace page he/she/zr has music featured by Vincenzo, Fred Everything and Lovebir… oh hang on. Teardrop Musix is a record label started by Lovebirds and Vincenzo. Duh.2. Jimpster: And why not I say. Jimpster is a quality house producer, the sort of house cat that appeals to everyone with a passing interest in coooool tunes. He is the guy at the house party that no one has a bad thing to say about: ‘Maaaan, that Jimpster is a nice guy isn’t he?’3. Kneedeep: Well, that is a no brainer. It’s Mr Birds other house project alongside producer Torsten Freese. Good tunes. Good times.

4. Shur-I-kan: Another deadset house legend. Probably good mates with Jimpster. They probably rock up at the house party together, with Shur being the one who is the smart dresser, people always fussing over him.
5. Vincenzo Ragone: As the man who started Teardrop Muzik with Lovebirds you would expect him to be in the top 8.

6. Rasmus Faber: He is a Swedish house producer who has gone on to become a famous producer in the Japanese Anime scene. Never doubt that life can be a beautifully random thing.

7. Nathan Boddy: A mixing engineer and producer who has released some music, but who is probably more known for his work in the studio for labels like R&S Records. We can’t confirm or deny whether he actually has a nice bod(d)y.
8. Winding Down Records: Um, it’s a label – that apparently winded down as we cannot find any information on it. 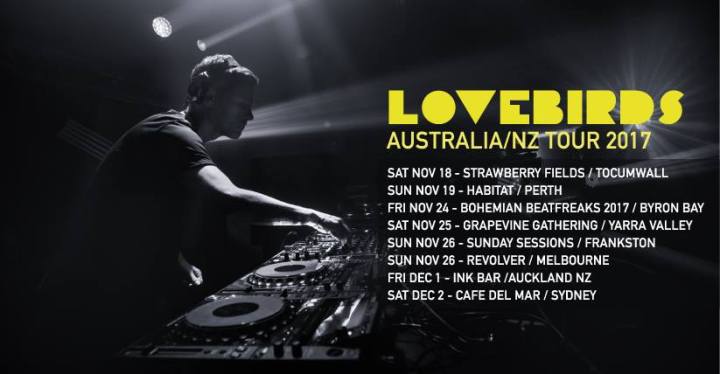